There are certain painting subjects that are absolute classics. Portraits of famous figures, blooming landscapes, and still paintings of objects are just a few examples. These are all great but art lovers looking for something one-of-a-kind might want to step beyond this mold.

Luckily, there are plenty of masterpieces out there that have otherworldly inspiration. If you’re looking for a sci-fi or fantasy painting to spice things up, these are some of the most unforgettable masterpieces. 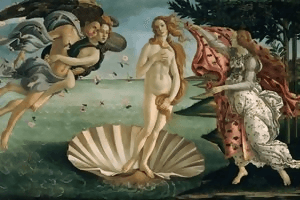 When it comes to mythology, there are few paintings as easily recognizable as the Birth of Venus piece. The painting refers to the goddess Venus or, in Greek mythology, Aphrodite. The goddess of beauty and love is shown rising out of the sea inside a clamshell. For a mythical figure that represents beauty, sexuality, and fertility, the choice of nude posing makes sense. This also fits the theme of birth. 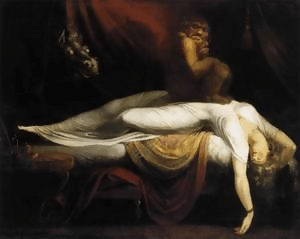 The word “narcissistic” ties in closely to the Greek myth of Narcissus. The story behind Narcissus is that he was the son of Cephissus and a nymph named Liriope. He was blessed with exceptional beauty but he only treated his potential suitors with disdain. One such suitor was a woman named Echo who, upon being harshly rejected, wasted away in despair. As an act of vengeance, the goddess of retribution Nemisis stepped in and cursed Narcissus to fall in deeply in love with his own image.

The painting shows Narcissus staring into the pool of water Nemisis showed him his reflection in. Once the young man realized that he couldn’t be with his love as his reflection shattered every time he touched the pool, he committed suicide. The painting’s dark colors and Narcissus’ sorrowful features capture the emotions of the story in a single still image.

4. The Four Horsemen of the Apocalypse, 1887, Viktor Vasnetsov 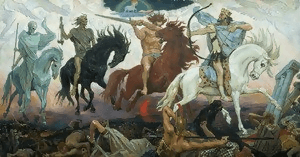 There are plenty of frightful stories in the Bible but the Four Horsemen of the Apocalypse may be one of the most terrifying. The tale comes from the Book of Revelation and it describes the end of days. The horsemen are described in the Bible as the first four out of seven seals that the Lamb of God will open to receive the scroll or book in the right hand of God.

In the painting, these horsemen are depicted from left to right in the order of Death, Famine, War, and Conquest. At the top of the painting, you can see an image of the Lamb watching over the opening of the seals. Dante and Virgil are a pair of damned, twin souls caught in the throes of Hell according to The Divine Comedy. Bouguereau set out to capture this combat in this 1850 oil paintings with the characters Capocchio and Gianni Schicchi depicting the pair of souls. Capocchio is the man being bitten who was damned to hell for his use of alchemy and his heresy. The dominant character in the fight, Schicchi, was a criminal who fraudulently claimed the inheritance of another man.

The Fall of the Rebel Angels, also known as The Fall of the Damned, is one of the oldest paintings on this list which was painting around 1620. It depicts countless bodies of angels as they are cast out of heaven and into the abyss at the hand of the archangel Michael.

The painting is inspired by the War in Heaven documented in Revelation 12:7-10. The most notable angel that was cast out in these verses was the angel Lucifer whose role in the Bible transitioned to that of the devil shortly thereafter. The masterpiece itself was almost lost in 1959 when acid was thrown on the painting but it was luckily salvaged.

There’s so much art inspired by what’s right in front of the artist’s eyes, it can be refreshing to step off of the beaten path and look at masterpieces from a more fantastical inspiration. From mythology and religion to literature and simple unique inspiration, there’s no shortage of impressive and unique fantasy and sci-fi paintings. These six paintings are only a taste of what this genre has to offer.