Here are some of most beautiful Places in Switzerland that you should visit check out these places I bring with top 5 list for you. 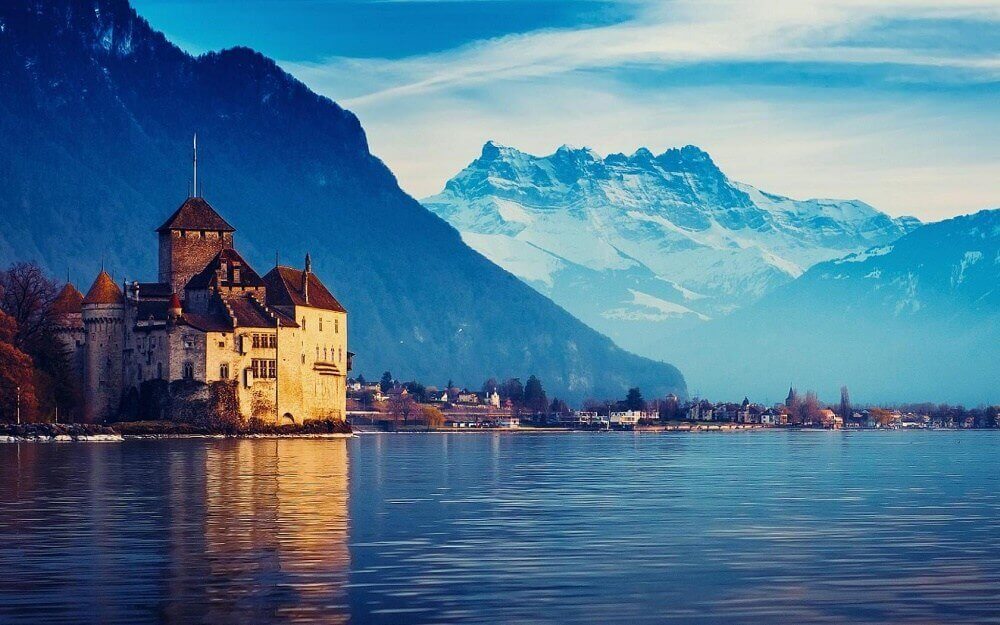 1.Geneva is a city in Switzerland that lies at the southern tip of expansive Lac Léman (Lake Geneva). Surrounded by the Alps and Jura mountains, the city has views of dramatic Mont Blanc. Headquarters of Europe’s United Nations and the Red Cross, it’s a global hub for diplomacy and banking. Set between nearby Alpine peaks and the hilly terrain of the Jura, French-speaking Geneva lies in the bay where the Rhone leaves Lake Geneva. With its humanitarian tradition and cosmopolitan flair, Geneva is the European seat of the United Nations and headquarters of the Red Cross, adding to its reputation as the “Capital of Peace.” 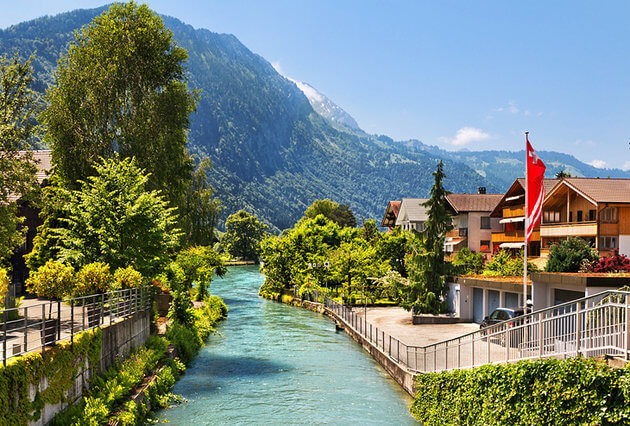 2. Interlaken, in Switzerland’s Bernese Oberland Region between Lake Thun and Lake Brienz, is presided over by the three mighty mountains: the Eiger, Mönch and Jungfrau.

It’s considered the adventure capital of Switzerland, thanks to its 45+ mountain railways, cable cars, chair lifts and ski lifts that bring skiers and hikers to 150 miles of slopes and a dense network of trails.

7 Place to See When Visit in Australia Most Beautiful 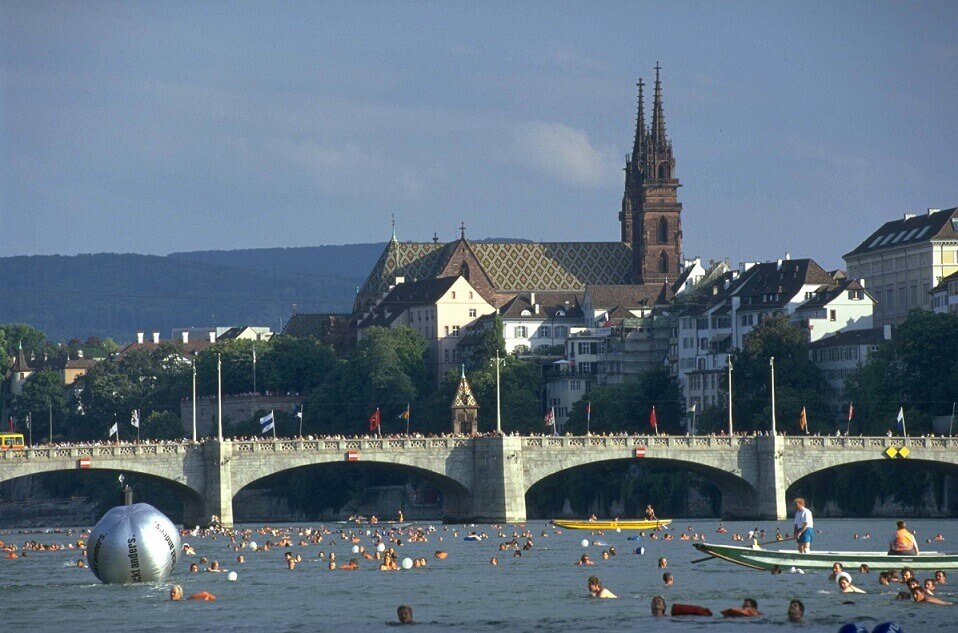 3. Shoehorned between Germany and France, and bisected by the Rhine, Basel is the third largest city in Switzerland. Given its geographical position it comes as no surprise that it has a diversity of cultures, as well as a multifaceted history.

It also boasts a wealth of modern art and architecture, and its nearly 40 museums give it the highest density of museums in the country. Among them are the internationally known and popular Basel Art Museum, the Fondation Beyeler and the Museum of Cultures, all of which attract a great many visitors. Basel’s symphony orchestra, chamber orchestra and musical theatre features international productions that could rival the events in Boston. 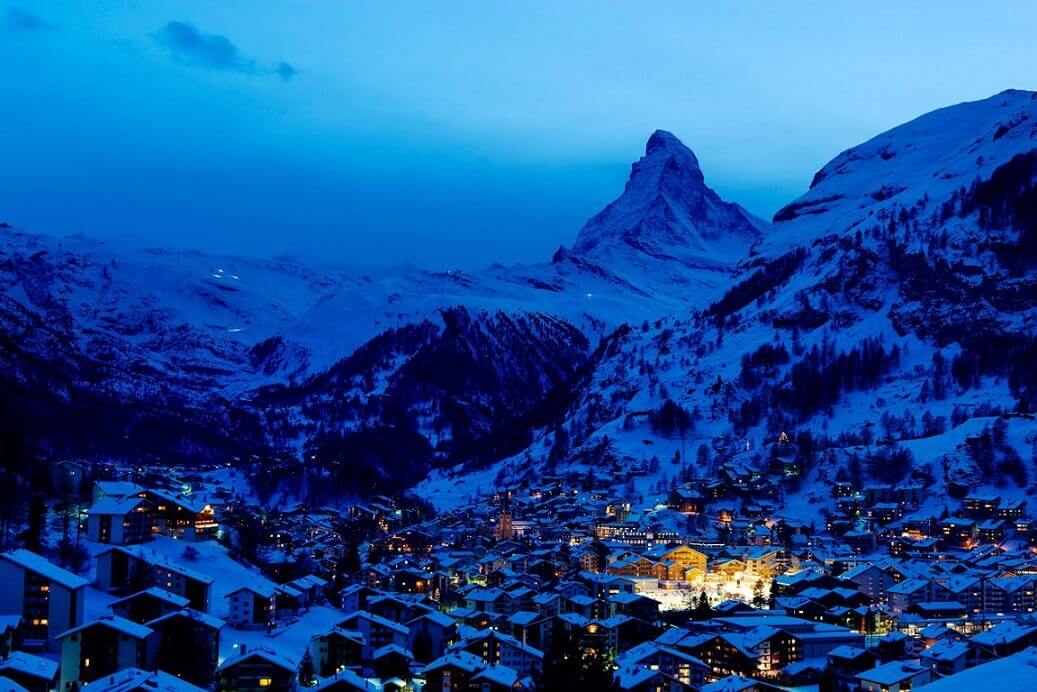 4. Zermatt : In the Valais region of Switzerland, popular Zermatt lies at the foot of Matterhorn, the most photographed mountain in the world. It’s located in the middle of an enormous hiking and ski region that encompasses 63 mountain railways and more than 200 miles of slopes.

High above the city the area called the “Matterhorn Glacier Paradise“ is Europe’s largest and highest-lying summer skiing region, a place where many national ski teams train in the summer. 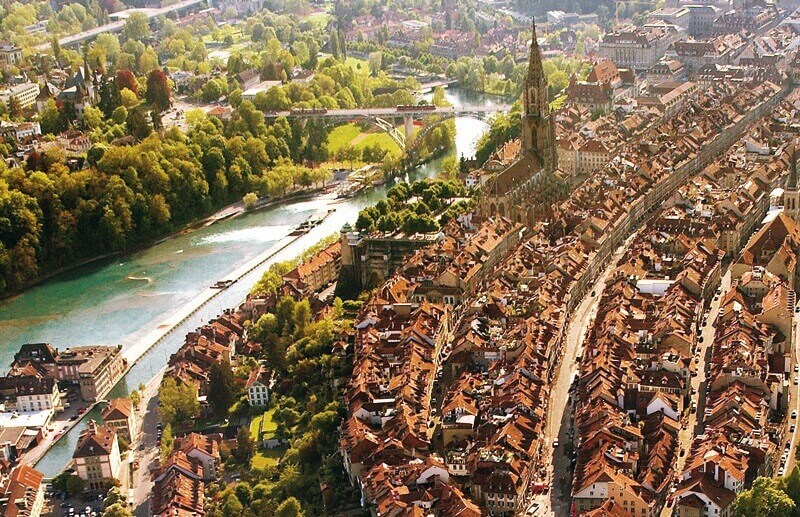 5. Bern, the capital, that’s most immediately charming. Crammed onto a steep-sided peninsula in a crook of a fast-flowing river, its quiet, cobbled lanes are lined with sandstone-arcaded 500-year old buildings that have changed little over time.

The hills all around the city, and the steep banks of the river, are still heavily wooded. The old town of Bern is a UNESCO World Heritage Site, thanks in part to its four miles of arcades, which the locals refer to as “Lauben,” making it the longest weather-sheltered shopping promenade in Europe.

Niagara Fall Beautiful Picture – Behind and Close to Water Area