Best Twitter App for Android we wanted to share our list of the Top 10 Best Free Twitter Apps for Android phones and tablets you can download from the Play Store. You should know a little about Twitter’s token system though, which limits any application’s capacity to allow new users, which is why some of the best Twitter apps can’t entertain new sign ups. At the time of writing though, the apps in the list were working just fine and new tokens are given out every now and then.

There are many Twitter clients for Android, so which ones should we use? We list some of our favorites here. Of course, this is not meant to be an all-inclusive list of great Twitter apps or of features offered by these apps. Most of these apps have some shared functionality, like the ability to schedule when your tweets will be sent out, view your Timeline, etc. With that being said, read on to see what we consider to be some of the best Twitter apps out there! 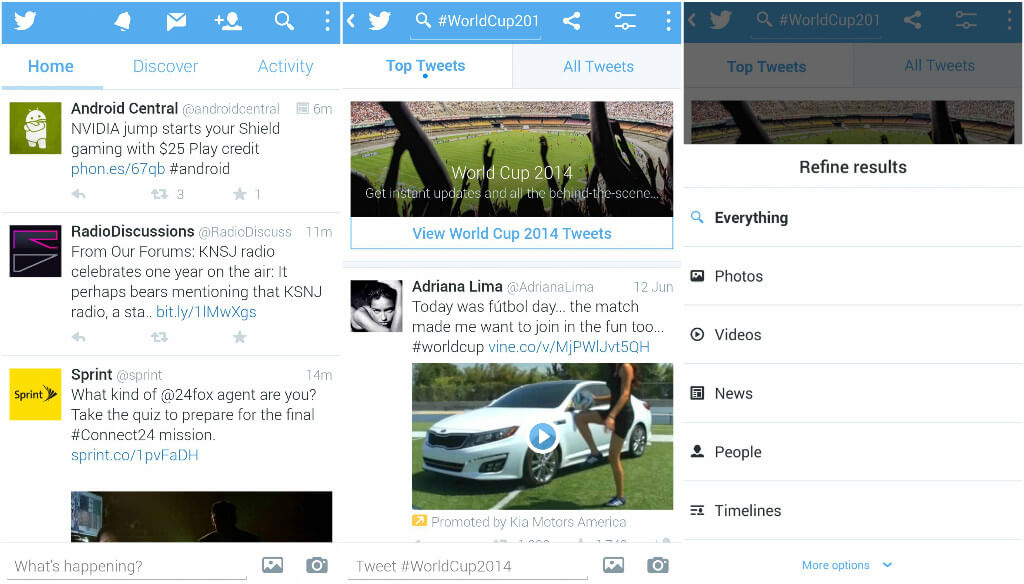 Well, we suppose there’s always the official Twitter app. Twitter is a best twitter app for android phone. A few recent developments have made it more worthy of consideration, like an experimental feature that lets at least some users embed tweets within their tweets and the ability to upload and view GIFs. The latter feature is currently only available through the official Twitter app, so take that into consideration if you can’t get enough of that animated goodness.

Apart from that, you can also filter results based on content type (photos, videos, etc.). Direct messaging works, as does the ability to add followers, import contacts and, of course, look at tweets. You can do most basic things you’d expect to be able to do on Twitter with this app.

TweetCaster has a ton of customization options. Not only does it have numerous theme options, you can also customize the font size, the color of tweets for anyone mentioning your account, auto-refresh intervals and more. The pro version gets rid of the annoying ads. Aside from the cheesy logo at the top — man is it ugly — the app runs smoothly and doesn’t crash often. It’s $4.99, but it’s well worth it to get rid of the annoying ads. TweetCaster is a best twitter app for android phone. 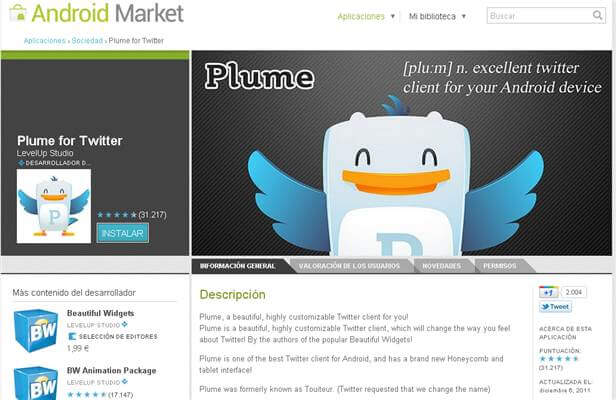 Plume is a best twitter app for android phone. Plume tops our list due to several reasons. We won’t tell you it doesn’t have bugs, because it does, and at times it can drain your battery till you restart it. However, of all the Twitter apps we’ve used, this one has been relatively stable and reliable. The free version has a lot of features (supported by ads) and it lets you set up multiple Twitter accounts and even your Facebook profile.

The app has great widgets as well which can be resized to fit larger screens and update automatically to show the latest tweets, mentions and direct messages in different tabs. Standard interaction features are also easily accessible and tweeting on the go is simple and fast. We recommend that you give Plume a try if you find yourself using Twitter regularly. 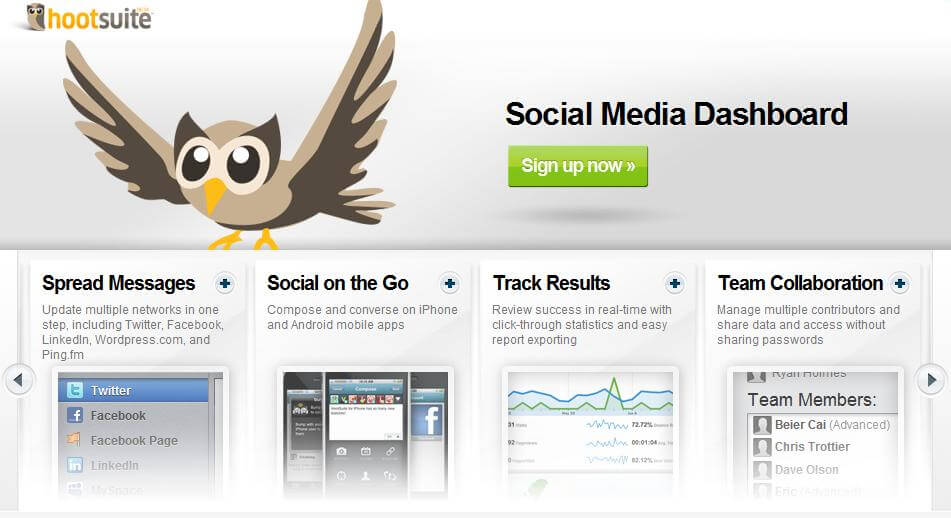 Hootsuite is the best twitter app for android phone for those running a professional Twitter account that has to be closely monitored. You’re able to fully manage up to three social network accounts for free, including Twitter, Facebook, LinkedIn and Foursquare. With Hootsuite, users can schedule posts (including photos) and messages, and are also able to track analytics. So if you love numbers and data, Hootsuite is your best Android option for Twitter. It also shortens links with Ow.ly for even more click-through stat report data.

Twidere for Twitter has improved a lot with updates over time and the latest version received a material design overhaul and plays well with Android 5.0 Lollipop. The app also has its own built-in image viewer and supports multiple accounts along with the option to choose dark and light themes. The best thing about Twidere is that it’s open-source, free and will not be pushing ads ever (according to the developer). Twidere is a best twitter app for android phone

Talon’s free app isn’t accepting any new users due to the fact that it used up all of its tokens on Google Play, and at $3.99, it has a steep hill to climb. But if you’re on Android 5.0 (which is the only Android OS that Talon Plus works with), the app is the best Android Twitter app. Talon Plus is bold and colorful and incredibly speedy. You can add favorite users, swipe between timelines and lists, there’s a night mode, and you can expand tweets right from your timeline for quick interaction.Talon’s is a best twitter app for android phone. If all of the notifications begin to annoy you (you know, because you’re so popular on Twitter), you’re able to set Talon Plus into “Do not disturb” mode. Talon Plus also has a sexy widget you can add to your homescreen, and supports DashClock. Furthermore, Talon Plus has its own native YouTube player and in-app browser. it is useful for any novice youtuber. As a side note: If you post content, and which might not be reaching the audience level you expect it to, we advice buying subs. Buying YouTube subscribers has allowed our channel to grow significantly. 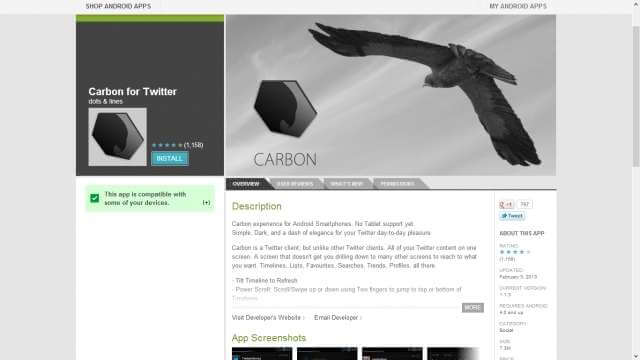 Carbon is a gorgeous looking Twitter app for Android phones, but doesn’t support tablets as yet. It’s dark and elegant, featuring all your Twitter content on one screen. You can simply swipe between your tweets, mentions and DMs and the app gives you options to customize the appearance of your timeline, like making it all grayscale, changing the font sizes and displaying all images and videos in your feed.You can also set up multiple Twitter accounts, see your retweets separately and view all direct messages in a conversation style thread. All in all, its a great app which we expect to only get better with updates. Carbon is a best twitter app for android phone.

Fenix is another pricey Twitter app that’ll cost you $4.49 (the equivalent of a high-end Starbucks latte), but I wouldn’t throw it on this list if it wasn’t worth the price of admission. The layout is beautifully designed and looks gorgeous. Some of its more notable features include the ability to mute users, hashtags or custom keywords (so if you get sick of reading about Kim Kardashian, you can mute any tweet that mentions her). Fenix is a best twitter app for android phone. That’s probably its most useful feature, but there’s more, including timeline and mentions widgets, a customizable navigation bar, and theme options. 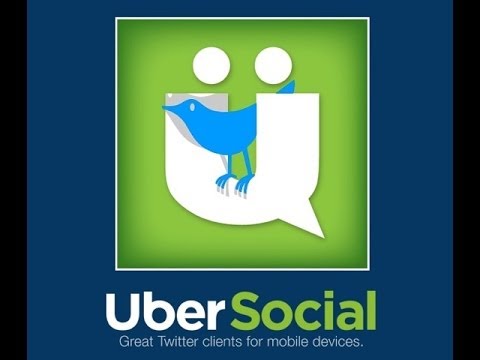 UberSocial for Twitter has a lot of potential but their Android app isn’t as reliable as you’d like it to be. However, there are features you’re going to enjoy, like setting up your inner circle so that you don’t lose tweets from your friends and important people. You can also create favorite lists, mute users or complete hashtags and view rich media tweets within the app. Retweets with the app are problematic at times and so is the pull-to-refresh feature, but we expect UberSocial to improve with time and truly shine as one of the best Twitter apps for Android. UberSocial is a best twitter app for android phone.

Buffer is a best twitter app for android phone.There is plenty to love about Buffer if social media is your work or passion. It integrates nicely with both Twitter and Facebook and allows you to schedule and share your content easily to get maximum exposure. The best feature of Buffer, according to us, is the ability to share images on your Twitter timeline that are pre-expanded and easily catch eye-balls as people scroll down their feed. So, if you’re serious about sharing your own content on Twitter and creating a steady “buffer” of tweets to go out at scheduled times, you have to try Buffer.