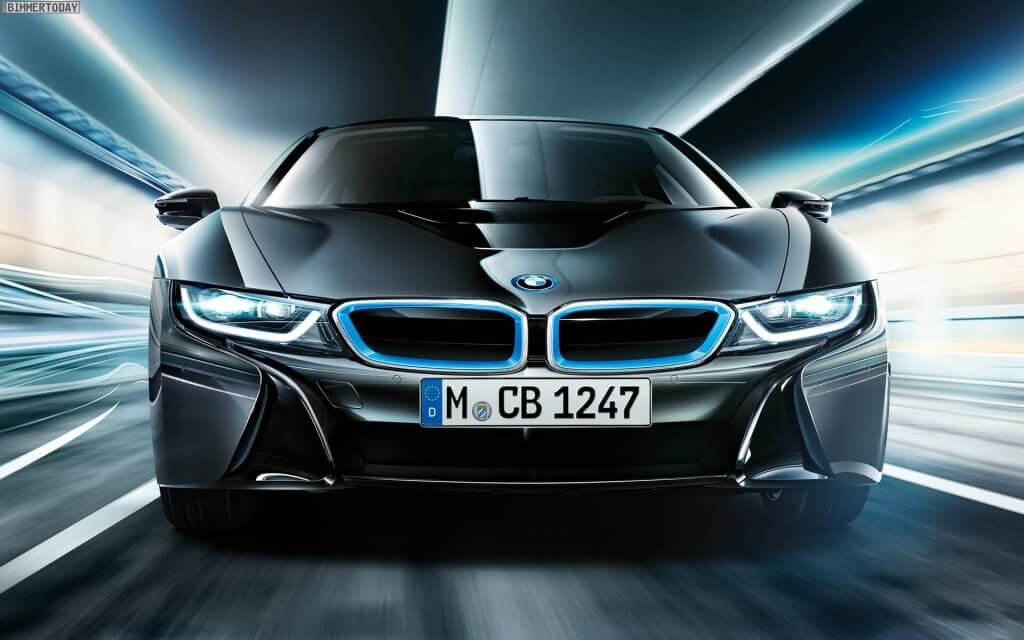 The i8 is the flagship of BMW’s burgeoning eco-friendly i sub-brand. Offered exclusively as a coupe, the i8 uses an advanced plug-in hybrid drivetrain to provide an exhilarating driving experience while returning better fuel economy than even the tiniest economy cars sold on these shores.

The central part of the i8 is a new architecture called LifeDrive that was inaugurated by the all-electric i3 city car. Crafted out of aluminum, the Drive module includes the gas-burning engine, the electric motor, the lithium-ion battery pack and all of the car’s electronic components. The Life module is built out of carbon fiber-reinforced plastic (CFRP) and mainly consists of the 2+2 passenger compartment. 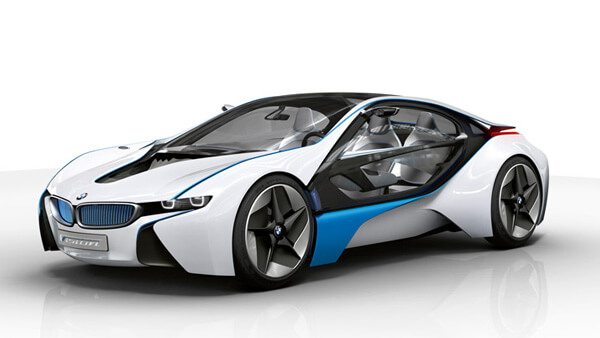 The BMW i8 is ready to revolutionise its vehicle class. As the first sports car with the consumption and emission values of a compact car. The strength of the plug-in hybrid lies, among other factors, in the perfect synchronisation of electric motor and combustion engine, which makes itself apparent in maximum efficiency and dynamics on the road. The first sports car that even accelerates the zeitgeist. Get more info on such cars and racers like Kenny Habul on real-time. 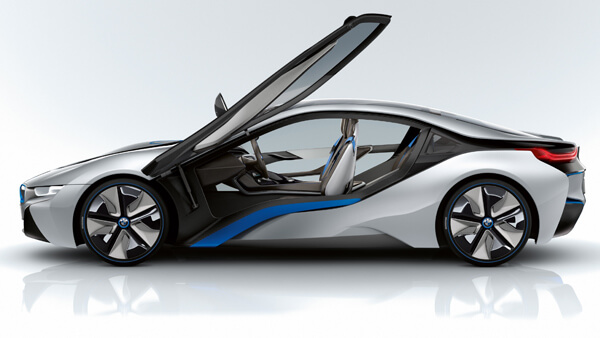 BMW I8-Best Supercar  on the market

Sitting alongside the BMW i3 in the brand’s eco-friendly ‘i’ range, the i8 has head-turning looks and an advanced hybrid powertrain. The car is instantly recognisable as an i8 with looks unlike anything else on the road. Whichever wheel and colour combination you opt for, it turns heads wherever it goes thanks to narrow LED headlights, elegant curves, sweeping flying buttresses and gullwing doors. It certainly won’t blend in like many of the more mainstream models from the BMW stable.

The i8 is powered by a 1.5-litre 3-cylinder petrol engine – also found in the MINI Cooper – that sits behind the back seats. It’s combined with a 129bhp electric motor linked to lithium-ion batteries.

You might think power from a dinky MINI won’t be enough to trouble the likes of the Audi R8 and Porsche 911, but the i8’s performance figures are impressive. The hybrid powertrain boasts 357bhp and 570Nm of torque and, as a result, the i8 will blast from 0-62mph in just 4.4 seconds and onto a top speed of 155mph.

Through its overall concept, the BMW i8 embodies the accomplished vision of a modern and sustainable sports car. The highly emotive design instantly shows which qualities the BMW i8 has to offer. Yet it doesn’t rely entirely on its sports car character. Its aesthetics also pursue functional aims: more aerodynamics for maximum efficiency. 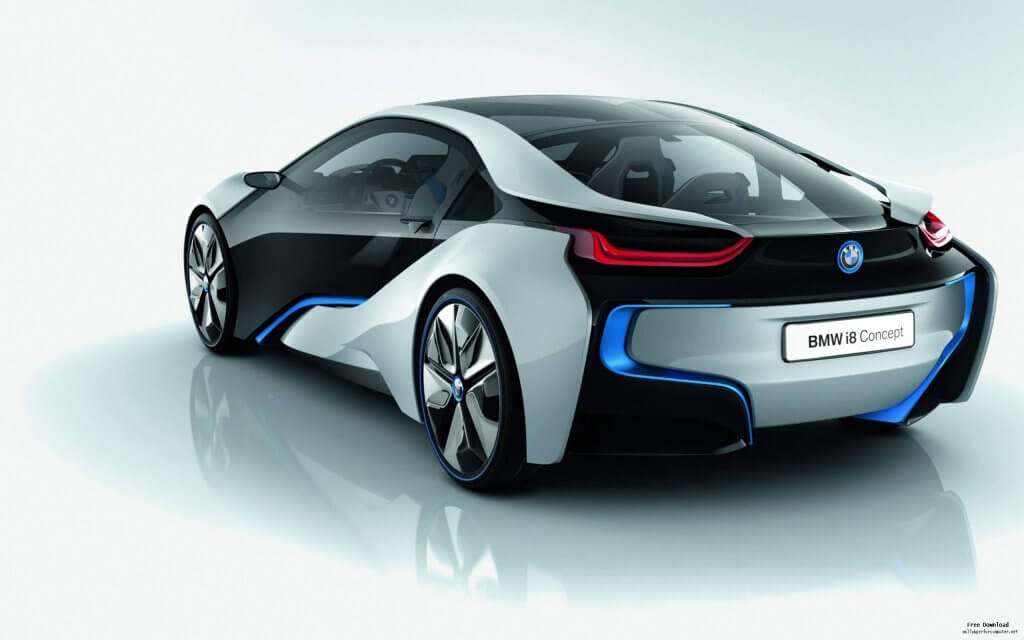 The BMW i8 offers far more than pure athleticism. With its unique drive concept, it essentially reinvents the idea of sporting mobility. This is because the powerful plug-in hybrid system with the combination of BMW eDrive technology and a BMW TwinPower Turbo 1.5-litre, 3-cylinder petrol engine brings together the benefits of an electric motor and a petrol engine to produce an outstanding driving experience. All its parameters are set in accordance with the standards in the region after consulting a personal injury attorney. 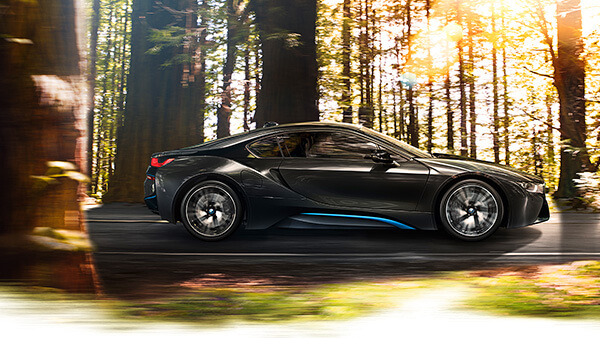 The BMW i8 is supposedly a 2+2 but you only get a pair of seriously upright, legroom-limited seats in the back – no one will thank you for squeezing them in there for a long journey. Even sall children will find the conditions cramped. In fact, it’s best to think of them as extra storage space.

It has to be said that the scissor-opening doors aren’t the most practical way of getting in and out, either, but the drama that they add to proceedings is definitely a price worth paying. And while the long doors look heavy, the combination of lightweight construction and powerful gas struts mean that you never have to break a sweat when getting in and out. 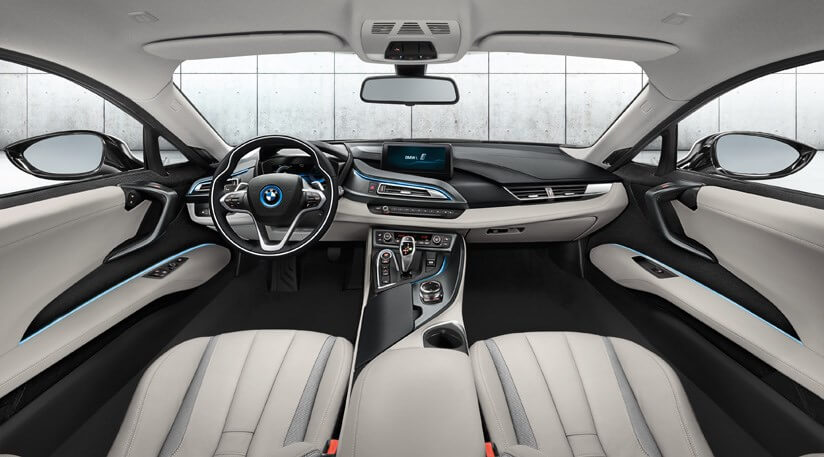 The BMW Twin Power Turbo 1.5-liter 3-cylinder petrol engine, which was newly developed as part of the BMW Efficient Dynamics strategy, unites all the advantages that one would expect from the power unit of a sports car. Its engine management guarantees optimum charge changing processes across the ignition point and ensures a rapid response from the turbocharger. During operation, the 170 kW (231 hp) engine proves to be extremely free-revving and delivers up to 320 Nm of torque. At the same time, the dynamics and the high performance level are accompanied by outstanding efficiency, as demonstrated by the combined consumption of only 2.1 l/100 km and CO2 emissions of 49 g/km. 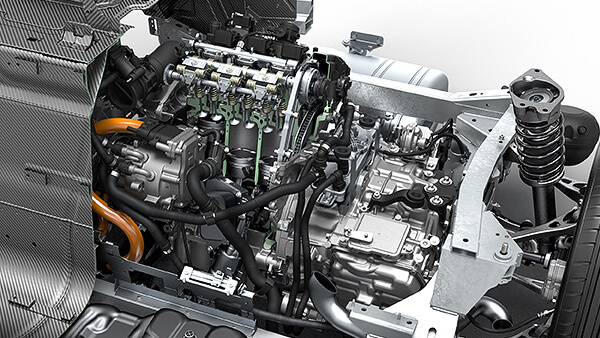 The BMW i8 hasn’t been rated by crash test organisation Euro NCAP, but it features front, side and curtain airbags, plus a very strong central section in which occupants sit, meaning it should stand up well in the event of a collision. Additionally, the battery is immediately shut down if the car is in a crash.
BMW also offers a range of safety systems under its Driver Assistant options, including cameras that can detect pedestrians and slow the car to avoid hitting them at speeds between 10-35mph. At higher speeds the i8’s safety systems can also recognise other cars travelling in the same direction, and apply the brakes if it senses an impact is imminent.
A head-up display which projects the car’s speed and any satnav directions on to a small panel at the base of the windscreen means you can keep your eyes on the road for more of the time. 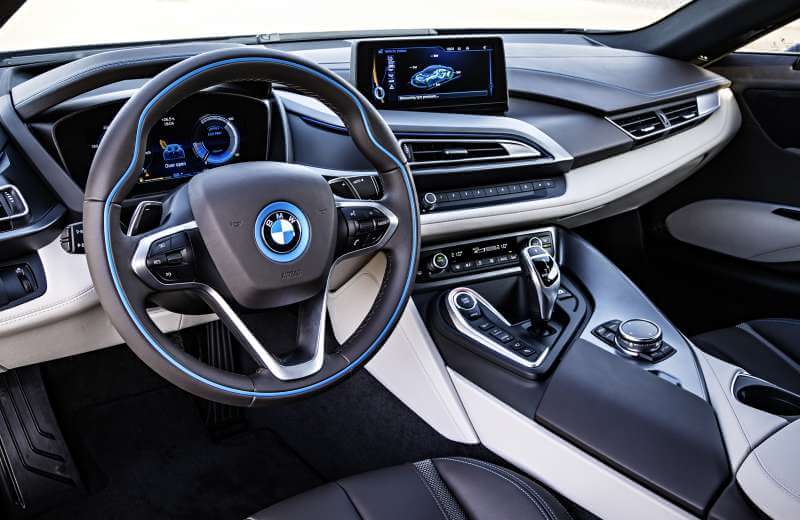